Plants evolved over millions of years into an environment that has dramatically changed in the last 150 years since the Industrial Revolution began: carbon dioxide levels have increased 50 percent stimulating a gradual rise in average global temperatures. While natural adaptation has been unable to keep up, scientists have developed tools to simulate millions of years of evolution in days to help plants adapt.

Published by the Journal of Biological Chemistry, researchers report a novel screening strategy that enabled them to identify, for the first time, a much more efficient form of the enzyme Rubisco, which catalyses the first step of fixing carbon dioxide en route to creating plant biomass in photosynthesis.

Rubisco is the most abundant protein on the planet, and you could argue, the most important one, because this enzyme plays an essential role in photosynthesis, the process in which organisms transfer light energy into chemical energy.

This work was funded by the Australian Research Council Centre of Excellence for Translational Photosynthesis and an Australian Postgraduate Award to Robert Wilson. The research was undertaken in association with the Bill & Melinda Gates Foundation supported Realizing Increased Photosynthetic Efficiency (RIPE) Project.

The paper “An improved Escherichia coli screen for Rubisco identifies a protein-protein interface that can enhance CO2-fixation kinetics” is published by the Journal of Biological Chemistry (doi: 10.1074/jbc.M117.810861). Co-authors include Robert H. Wilson, Elena Martin-Avila, and Carly Conlan. 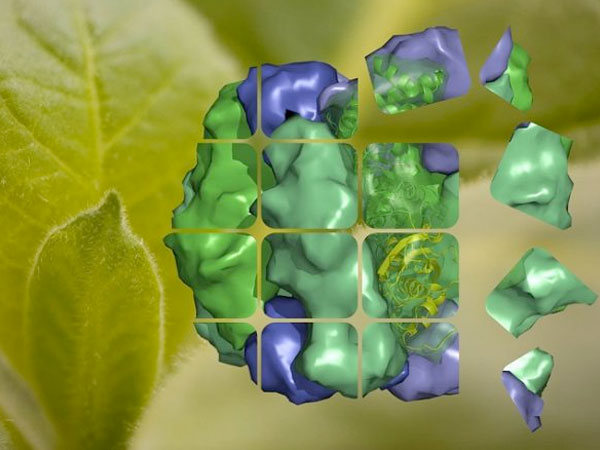